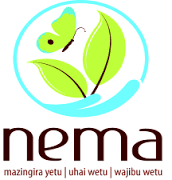 The National Environment Management Authority (NEMA), is established under the Environmental Management and Co-ordination Act No. 8 of 1999 (EMCA) as the principal instrument of Government for the implementation of all policies relating to environment. EMCA 1999 was enacted against a backdrop of 78 sectoral laws dealing with various components of the environment, the deteriorating state of Kenya’s environment, as well as increasing social and economic inequalities, the combined effect of which negatively impacted on the environment. The supreme objective underlying the enactment of EMCA 1999 was to bring harmony in the management of the country’s environment.