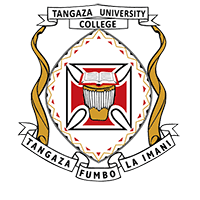 Tangaza – Theological Centre of Religious opened its doors to the first group of students on 25 August 1986. Twenty students came from seven countries and from three religious congregations (Consolata Fathers, Salesians of Don Bosco and the Congregation of the Holy Spirit).

On 30 October 1987, in the presence of the Pro-Nuncio, the College was blessed and formally inaugurated by His Eminence Maurice Cardinal Otunga, Archbishop of Nairobi. The enrolment at Tangaza College (as it is now legally known) has continued to increase since 1987. In the academic year 2010-2011, a total of 1241 students, 494 of these in the School of Theology, were studying in the College.

On 3 November 1992, the charter of the Catholic University of Eastern Africa (CUEA) was granted by the President of Kenya. With the conferring of this charter and in accordance with the terms of the document, Convention for the Constituent Colleges of Catholic University of Eastern Africa, 1997, Tangaza College is recognized as a constituent College of CUEA. While remaining administratively autonomous, Tangaza College is an integral part of the main University (CUEA) for academic purposes. Over the years a number of Institutes have been affiliated to the College or have been established as integrated Institutes of the College:

In November 1995, the Tangaza then Board of Governors approved the Institute of Social Ministry in Mission (ISMM) and it became an integral part of Tangaza College.

In November 1998 Amani Counselling and Training Centre was academically affiliated to Tangaza College.

In May 1999, The Maryknoll Institute of African Studies (MIAS) was academically affiliated to Tangaza College.

Beginning in August 2007, Tangaza College entered into a Memorandum of Understanding with DePaul University Chicago – School for New Learning, through which a Bachelors degree programme in Leadership and Management was put on offer under the Institute of Spirituality and Religious Formation. This degree is currently in transition and will become a Kenyan degree accredited by the Commission for Higher Education by 2014. The collaboration with DePaul University has given rise to the Centre for Leadership and Management.

In February 2010, Tangaza College entered into a Memorandum of understanding with Duquesne University in Pittsburgh USA, enabling the School of Theology to offer Masters programs in Theology and in Pastoral Ministry, accredited by Duquesne University.

In 2010 the Governing Council approved the Embulbul Educational and Counselling Institute as an affiliated institute of Tangaza College. In November 2010 Tangaza entered into a Memorandum of understanding with the Catholic University of Milan to enable the Institute of Social Ministry in Mission to offer an MBA in Social Entrepreneurship accredited by the Catholic University of Milan.

In April 2011, the Board of Trustees approved a merger between Tangaza College and Consolata Institute of Philosophy.