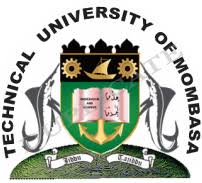 Technical University of Mombasa (TUM) has passed through three transitional levels to become what it is now. The various phases it has undergone so far reflect the GOK’s concerted efforts in promoting technical, industrial, vocational and entrepreneurship education and training in line with the dynamic technological and industrial growth in Kenya and in Africa.

The origin of TUM can be traced back to the late 1940’s as a result of the consultations pioneered by Sir Philip Mitchell in 1948 between The Aga Khan, the Sultan of Zanzibar, the Secretary of State for the colonies, Sir Bernard Reilly and H. M. Treasury.

Out of these consultations, Mombasa Institute of Muslim Education (MIOME) was founded from capital raised by means of gifts of Kshs.100, 000 from Sultan of Zanzibar and Kshs.50, 000 by the Bohra Community of East Africa at the insistence of Doctor Sayedna Taher Saifuddin. Sheikh-Sir Mbarak Al-Hinawy who served as the Liwali (Governor) for the Coast of East Africa and Mombasa from 1941-1959 also had major contributions in MIOME’s development. As the Governor he was consulted by the Government about various aspects of the proposed school, including its charter. In his capacity he represented the Sultan of Zanzibar and closely worked with the British colonial government. Sheikh Khamis was a generous and enlightened philanthropist who sought to assist local causes. In 1948 he was the one who donated 34 acres of land where the institute was built and in Tudor area where the Prof. Ali Alamin Mazrui Campus stands. It was Sir Mbarak Al Hinawy who secured this prime land in port Tudor from his close friend Sheikh Khamis.Without this land MIOME would not have become a reality. When MIOME was opened in 1951, the Sultan of Zanzibar Sheikh Khalifa bin Harab and Sheikh-Sir Mbarak Al-Hinawy were the key guests in the occasion. Sheikh-Sir Mbarak Ali-Hinawy was the founding member of MIOME’s Board of Governors.

At its inception, MIOME was charged with the prime objective of providing adequate technical education on Muslim students of East Africa. In May 1951, MIOME enrolled its first batch of students to undergo a technical education programme which placed special emphasis on Electrical and Mechanical Engineering, Seamanship and Navigation, and Woodwork. MIOME exemplified the cooperation between lead bs-callout bs-callout-infoers of different Muslim communities in East Africa including Sultan of Zanzibar, The Aga Khan and the lead bs-callout bs-callout-infoers from Bohra Community.

At independence, the Board of Governors accepted that if the institute was to play a full role in the development of the education system of the independent Kenya, then its doors needed to be open to any qualifying students of all creeds.

In 1966 MIOME become Mombasa Technical Institute (MTI) and started to admit all Kenyans regardless of religion or race. In order to comply with the newly set educational policies of the independent Kenya, the curriculum of the institute was restructured new more courses introduced that included Civil Engineering, Electrical Engineering, Mechanical Engineering, Business Studies, Mathematics and Applied Sciences.

The University College status resulted in many positive changes implemented with great support by the Government of Kenya, including recruitment and development of staff, expansion of infrastructure, provision of facilities and introduction of new academic programmes under the mentorship of Jomo Kenyatta University of Agriculture and Technology. All these came at a time when the Country had started warming up to the Kenya vision 2030.

In 2013 Mombasa polytechnic University College (MPUC) became the Technical University of Mombasa after being fully-fledged. The University had two well-established Faculties and two Schools namely Faculty of Applied and Health Science and Faculty of Engineering and Technology and School of Humanities and Social Sciences and School of Business Studies. The University has programs running all the way from Masters to certificate level. The student statistics currently stands at 10,680, composed of 3,062 females and 7,618 males, spread across all the programs. The University also recognizes the importance of human capital in driving the vision of the institution. A number of human resource management policies have been developed to guard against loss in human capital while also attracting the best capital in the region. To this effect, the University College boasts of 240 teaching staff, 112 staff on contracts and 432 administrative staff, giving a total of 784.

This is projected to grow to 782 teaching staff and 700 administrative staff by the year 2017. Extending the knowledge and skills of its employees is one of the University’s key commitments. Ensuing from this quest, TUM has modelled itself as a “learning organization,” that continually aims at improving the provision of learning opportunities to its employees. To this end, the University averagely spends kshs 27.5 million annually on staff development. Currently 148 members of staff have are on sponsorship, taking various programs both locally and internationally. Since elevation into a University, TUM has recorded tremendous all round growth, making her on one of the fastest growing University in Kenya. To sustain the growth and reposition as a world class university of Engineering, Science and Technology, TUM has continued to develop policy instruments, infrastructure and human resources that are dynamic and responsive to the Country needs. Also the University has signed collaborative agreements with lead bs-callout bs-callout-informing international institutions of higher learning to partner in research, training and technology transfer. In line with government policy to increase access to University Education, the University has opened two strategic satellite Campuses in Kwale and Lamu County. These Campuses have made it convenient for deserving students to access TUM degree, diploma and certificate programs without necessarily coming to the main Campus.

The transition to the Technical University of Mombasa is therefore timely as the Country moves forward in addressing the social pillars of the Kenya vision 2030.